RJ’s Latest Arrival is an R&B, dance, and soul music band from Detroit, Michigan. Their biggest hit came with the 1984 single Shackles or “Shackles On My Feet” which was a fusion between rap from RJ, soulful singing from lead singer DeDe and synths from the groups, Craig Lane & Dean DiPierro on Keys, the band featured Paris Reese on Drums, and Paul Munroe on Guitar. Rudy Famous left the band during The Shackles Tour 1984 and was featured in the follow up video “Harmony”.

The group later became more based in traditional R&B and Soul music and in December of 1986 released the single featured here, “Hold On.” The song burned up the radio and quiet storm stations and ultimately reached #9 on Billboards R&B charts.

The band broke up in the late 90s. The Group’s Bandleader and Founder, Ralph (R.J.) Rice went on to form Barak Records, A successful independent Hip-hop label Based in Detroit Michigan.

The label most notably housed, the rap/neo-soul collective, Slum Village among other artists.

CaughtInTheAct | It Was 1992, When The Temptations Live Medley Lit Up The Arsenio Hall Show 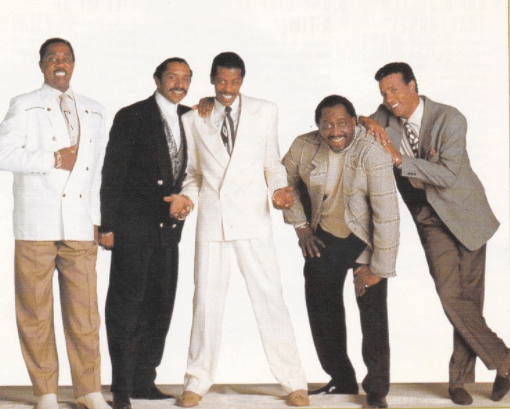 Today only Otis and Ron are still around from this lineup and still singing together. Blue Franklin was 52 when he died in 1995 from congestive heart failure complicated by diabetes, Ali-Ollie Woodson was 59 when he died from leukemia in 2010, and Richard Street dead at 70 in 2013 from pulmonary embolism. Such tragedy for such multi-talented performers.

I saw the Temptations live from the very beginnings of their career when they were billed near the bottom of the weekly lineup at the Apollo Theater in the very early 1960’s when Al Bryant was lead vocalist before David Ruffin came in 2 years later”. – Al Heitzer, (YT Comments)

NOIRE CLASSICS | In 1991, Jazz Quartet Fourplay Teamed WIth El Debarge For Marvin Gayes’ “After The Dance”

El Debarge was the guest vocalist when Fourplay recorded Marvin Gayes’ Classic, “Dance With Me” in 1991, the session was captured live and is presented here as a RNTV Noire Classic . 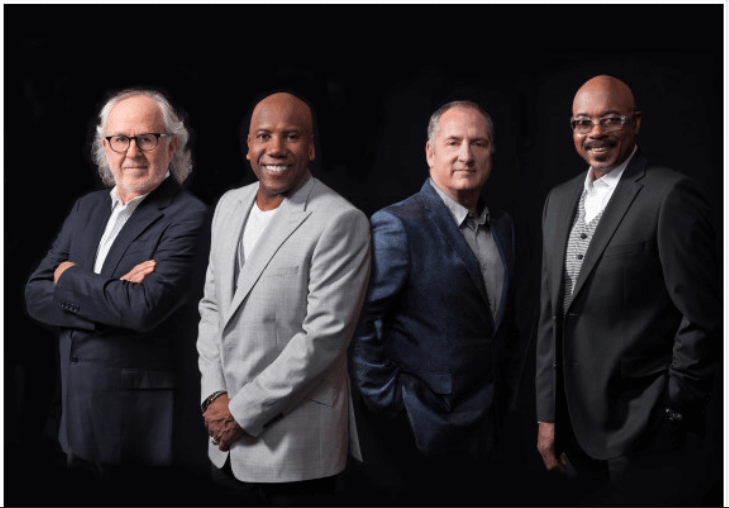 For over 25 years the legend of Fourplay has grown.  Exploring the limitless possibilities of jazz has allowed the quartet to evolve musically, drawing musical elements from a wide range of styles, to hone their own unique and innovative sound.

The story begins in 1990, with keyboardist Bob James, who had already established himself as a formidable figure in jazz, known not just as an instrumentalist, also but as a composer and arranger, with a solo career dating back to the mid-1960s.

It was in 1990, when James decided to reunite with Harvey Mason during the recording of James’ album Grand Piano Canyon.  Mason, one of the most highly sought after drummers of all time (Herbie Hancock, Barbra Steisand, Notorious B.I.G.), was also well known as a composer and producer.  This project also included Lee Ritenour, and bassist Nathan East (Barry White, Eric Clapton, Phil Collins, Michael Jackson, Daft Punk).  This recording marked the genesis of the group known as Fourplay.

The original lineup of James, Mason, East, and Ritenour released their self-titled debut in 1991, and stayed together for three successive albums, including Elixir in 1994.  Elixir features vocalists such as Phil Collins, Patti Austin and Peabo Bryson, along with East, who has continued to contribute vocals throughout the course of the group’s history.

For the release of album 4 in 1998, Fourplay brought in Larry Carlton (The Crusaders, Joni Mitchell, Quincy Jones) to replace Ritenour, who left the group to pursue other projects.  Album 4 included compositions by all four members, and featured an impressive crew of guest vocalists, including El Debarge, Babyface Edmonds, Kevyn Lettau and Shanice.

Carlton stayed with the group for 12 years, before delving into his own solo career.  During that time, the group continued its creative evolution, with releases such as 1999’s, Yes Please!, and album which challenged the standard definitions of contemporary jazz by incorporating elements of blues, funk and Celtic.

Improvisation reigned supreme in 2002 with Heartfelt, born from a series of improvisational performances developed into full compositions with less clearly defined melodies.  After releasing Journey in 2004, Fourplay released X in 2006, which featured vocals by the iconic Michael McDonald.

2008 brought the release of Energy, which spent three consecutive weeks at the top of Billboard’s Contemporary Jazz chart.  The album weaves a variety of genres into a tapestry of Fourplay’s signature jazz foundations, and features vocals Esperanza Spalding.

In 2010, virtuoso guitarist Chuck Loeb joined Fourplay on Let’s Touch the Sky, which features vocals by Anita Baker and Ruben Studdard.  2012 brought Esprit De Four, which is highlighted by “Put Our Hearts Together”.  The song is a tribute to raise awareness and relief efforts in Japan after the disasters of 2011, and featured vocals by Seiko Matsuda.

The group has enjoyed consistent artistic and commercial success by grafting elements of R&B and pop to jazz, appealing to a broad mainstream audience.

NOIRE CLASSICS | Heather Headley Laments His Moving On, With Her Classic Gem “In My Mind” 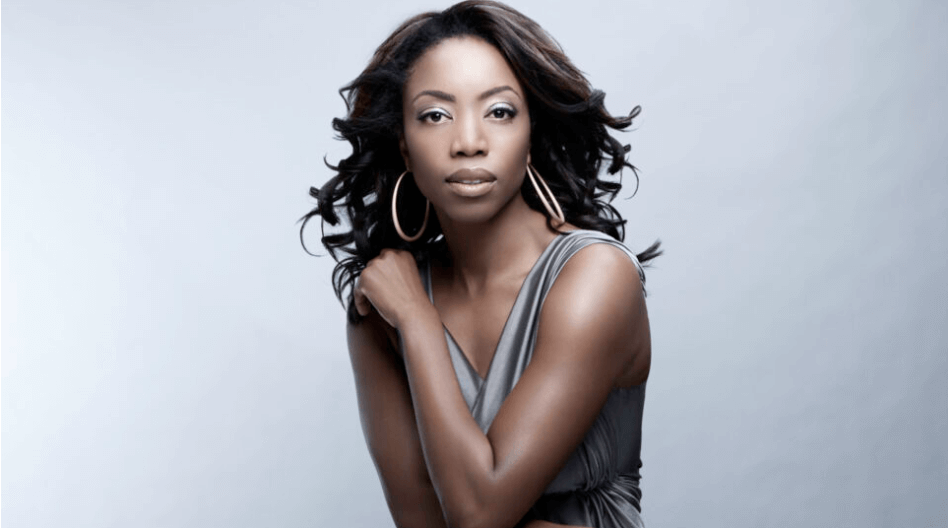 Heather Headley is a Trinidadian-born American singer, songwriter, record producer, and actress. She won the 2000 Tony Award for Best Actress in a Musical for the titular role of Aida. She also won the 2010 Grammy Award for Best Contemporary R&B Gospel Album for her album ‘Audience of One.’ In 2018, she recurred as Gwen Garrett on the NBC medical Drama television series Chicago Med, but that is only part of her story.

Headleys’ 2002 debut album titled “This Is Who I Am” included two songs, “He Is” and “I Wish I Wasn’t,” that placed on the Top 5 R&B and Dance charts. The album also landed her two Grammy Award nominations for Best New Artist and Best Female R&B Vocal Performance.

In 2019, Headley was cast as one of the three leads in the Netflix series Sweet Magnolias, and in 2021, Headley starred as gospel legend Clara Ward in ‘Respect, the Aretha Franklin Biopic.

Heather Headleys’ “In My Mind” is now a RNTV Noire Classic that we hope you will enjoy. 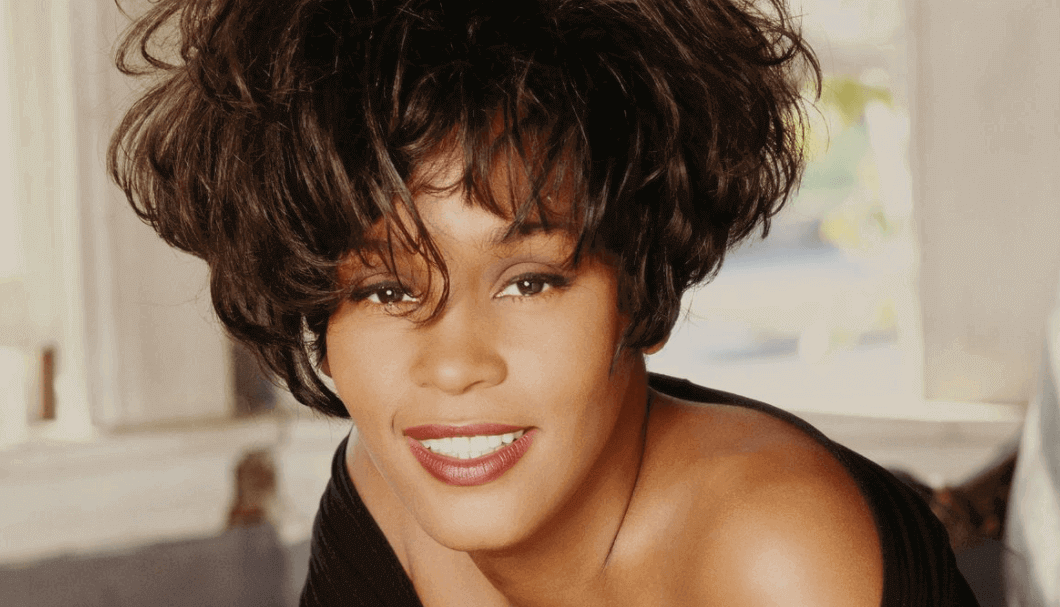 The late, great Whitney Houston was captured Live at Constitution Hall, Washington DC, May 10.1997, performing the classics recorded by her cousin, the iconic Dionne Warwick. This performance is now a Noire Classic on RNTV.

CaughtInTheAct | Marvin Gaye Performs “I Heard It Through The Grapevine” Accapella 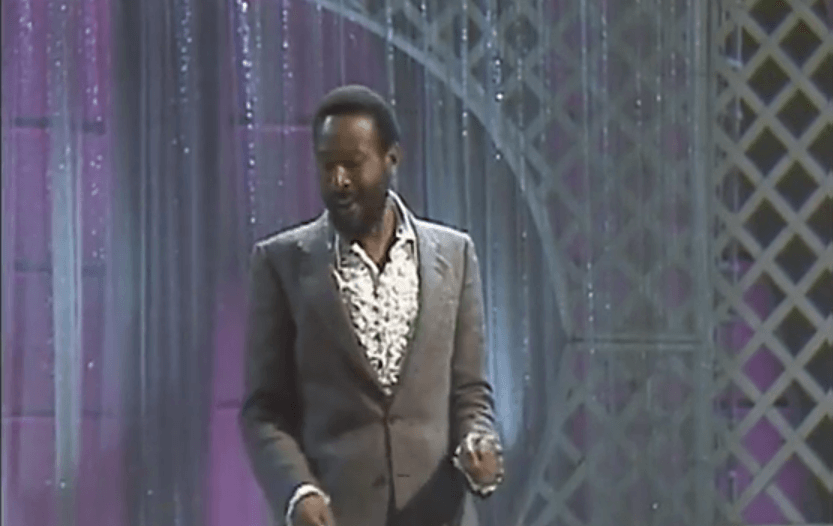