Only Tierra Whack would know for sure whether she has ever been properly tested for ADHD, but it was said elsewhere that she seems to take her mom’s informal diagnosis as fact…

She is really too busy setting standards to follow or to try to adhere to fitting into them. Ms. Whack made her debut audio-visual studio album Whack World released in May 2018 via Interscope Records, clicked across a broad swath receiving much critical acclaim across the board. After that whack seemed to have disappeared and had fans wondering why a follow up hasn’t arrived yet, well those days are officially over.

This week, rapper Tierra Whack released her latest EP titled Rap? and launched a limited run of shoes and clothing with Vans. 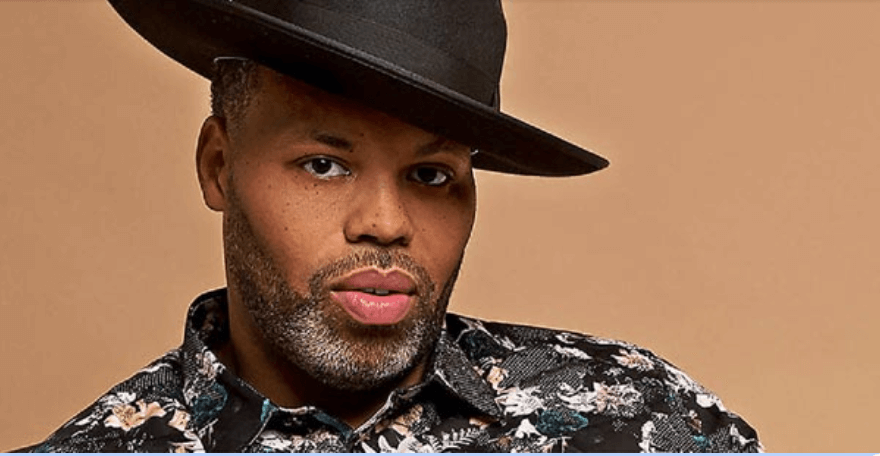 As a GRAMMY Award-nominee, Singer, Songwriter, Producer and Howard University alum, Eric Roberson continues to break boundaries as an independent artist in an industry dominated by major labels, manufactured sounds and mainstream radio. Described as the original pioneer of the independent movement in R&B/Soul music, Eric has achieved major milestones in his career, from being a successful songwriter and producer for notable artists such as Jill Scott, Musiq Soulchild, Dwele, Vivian Green and countless others, to headlining sold out tours across the country.
Eric is celebrating over twenty years as an independent artist, creating “Honest Music” since 2001, which has afforded him the artistic freedom that isn’t typically offered in the mainstream music industry. Throughout 2021, Eric will be sharing his creative thought process and work he’s done on his last 13 solo albums. “I was more than willing to take less to enjoy my passion. I was fortunate to be rewarded with a career…a career that I never dreamed of.”
In June 2021, Eric will release a new single, entitled “Lessons”. Ironically, the song was recorded on the morning of his 12th wedding anniversary to his wife Shawn, with whom he credits as his inspiration. Eric says, “Being blessed to be with a woman who has had my back and who completes me, helped put me in a special mood to create”.

As Eric reflects on his new single release, he said, “I thank God for not having my temporary prayers answered. We have to have the heartbreak, the roadblocks and [other] things to not work out as planned. There’s a lesson in just being patient and swimming against the current to get to your destination. That’s the lesson for me. Knowing that there’s a reason for setback, for failure, for all of it.”
In 2020, we faced an unprecedented time that was challenging, but it also afforded Eric the perfect time of solitude from the world to immerse himself creatively. With this, he created a powerful album, entitled “Hear from Here”, a musical cry out to its listeners who longed for a sound of hope. This ten-song impromptu masterpiece was done in just four (4) weeks (March 2020). Roberson describes “Hear from Here” as an “act of service” to his devoted fans.
“Hear from Here” opens with songs like “Road to Recovery”, an up-tempo jam where Roberson lays it out on the line. “Shows cancelled…we have nothing to do but music. I hope to take your mind off things”. “Road to Recovery” and “Omaha” show off Eric’s ability to rap as well. The project closes out with its solo feature song, “Shining”, featuring fellow United Tenors member, Brian Courtney Wilson. This compilation takes you on a joyful journey spreading hope, love and inspiration. Roberson hopes that as fans listen to this album, they are inspired to dance, love and make the best of NOW!
In 2019, Eric was asked to be a Professor at the legendary Berklee College of Music in Boston. When asked about the position he stated that “It was an opportunity that I couldn’t refuse. I truly believe that at all times we are teachers and students. I not only love teaching the students but learning from them as well.”
While recording the trilogy album Earth, Wind & Fire in 2017, Eric created “The Process”, a forum in which he invites fans to navigate through his creative experience. It allows fans to listen and comment to unreleased songs, thereby being a part of the “process” of making music. “We are losing so much of the culture that went with listening to music. Letting the fans watch us create the albums was our way of bringing some of the old music culture back.” says Eric.
Eric was nominated in 2010 and 2011 for a GRAMMY award in the “Best Urban/Alternative Performance” category and continues to blaze trails unheard of as an independent artist. He was the recipient of the “Underground Artist of the Year” BETJ Virtual Award, with Rahsaan Patterson in 2008, and he became the first independent artist to be nominated for a BET Award in 2007.

“When We Move” is a feel good, uptempo, positive Jaunt that needs to be heard by everyone conscious. Seun Kuti, youngest son of Nigerian Afrobeat pioneer Fela Kuti and an Afrobeat legend in his own right, accompanied superstar American rappers Common and Black Thought in bringing the energy and fire to this song. 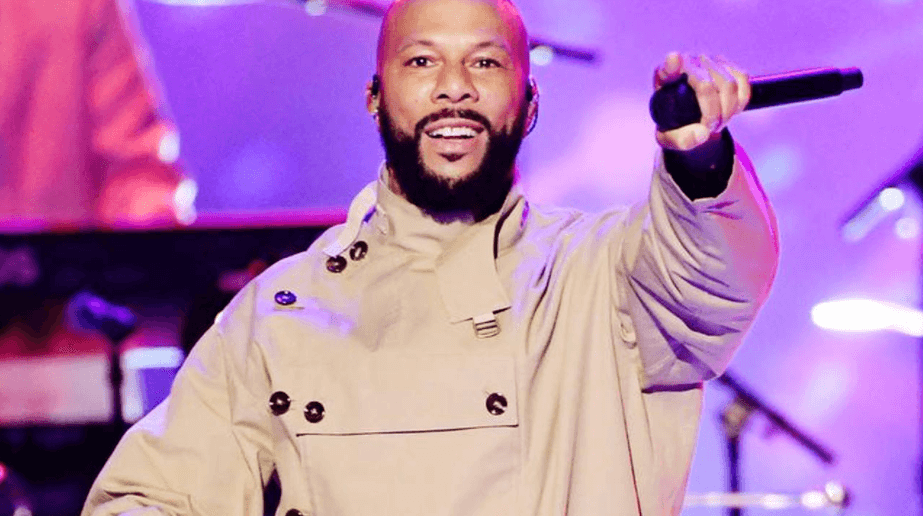 Academy Award, Grammy, and Emmy award-winning artist Common has released a music video for his latest single “When We Move” featuring Black Thought and Seun Kuti.

“When We Move” is a feel good, uptempo, positive Jaunt that needs to be heard by everyone conscious. Seun Kuti, youngest son of Nigerian Afrobeat pioneer Fela Kuti and an Afrobeat legend in his own right, accompanied superstar American rappers Common and Black Thought in bringing the energy and fire to this song.

The music video was directed by Emmanuel Afolabi and produced by Marie Cisco. “When We Move” is the second release off Common’s recently-released follow up album ‘A Beautiful Revolution Pt. 2.’

A couple of months ago Common and Roots member Black Thought performed the song live on the Tonight Show with Jimmy Fallon, the performance was complete with Seun Kuti who performed live via a live link from Nigeria. In case you missed it, it was captured to video, see it below and be sure to click the comment link below to let us know what you think about “When We Move.” 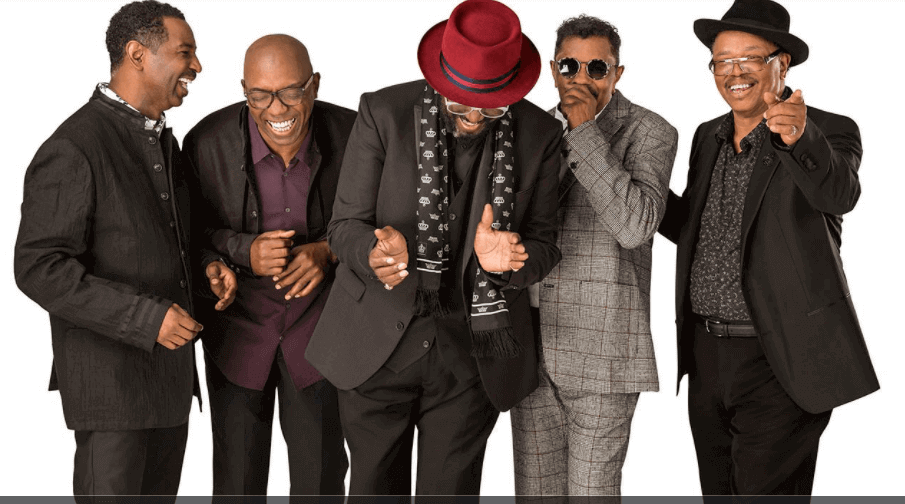 Today the Temptations dropped a lyric video supporting the first single from their forthcoming album, ‘Temptations 60,’ the selection entitled “Is It Gonna Be Yes Or No.” The video is delivered in stunningly vivid computer-generated imagery that perfectly matches the delivery of the iconic quintets vocals and in and eye-ear trickery seems to actually make the song sound even better and more sonically appealing. An overall superb production here, worthy of the Temptations. 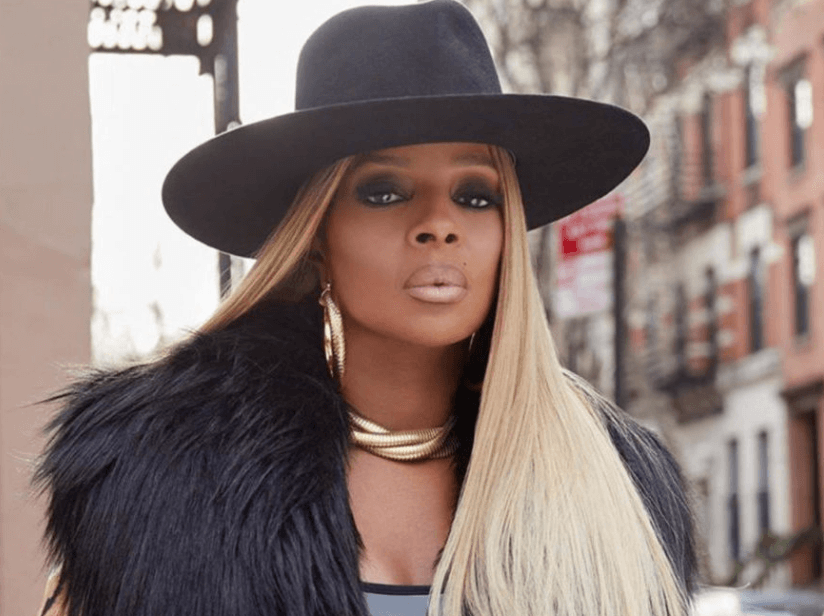 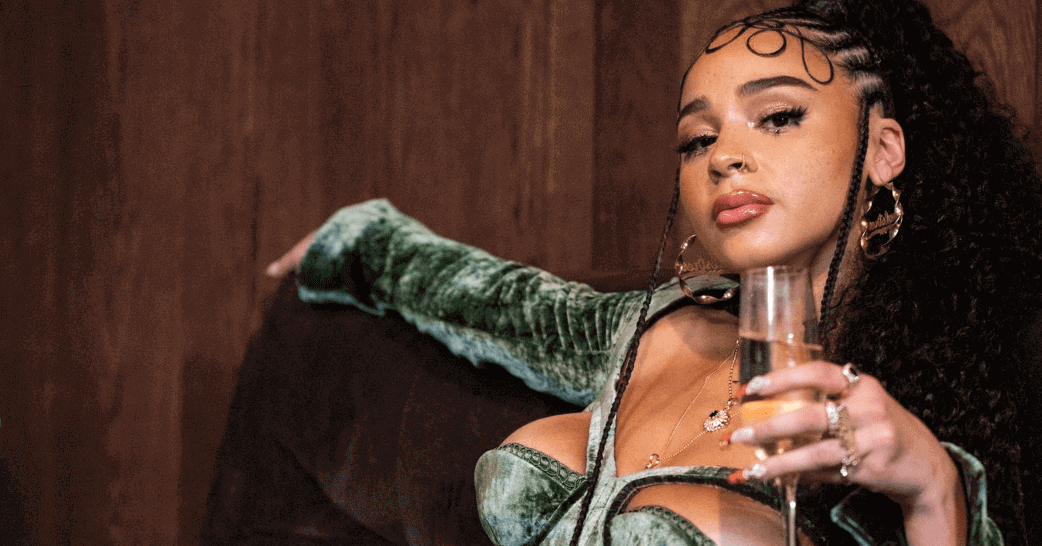 Brooklyn bred Nia Sultana has dropped a video for her newest record “Ambience,” which was chosen as a RNTV HotDrop and Debuts as the lead single from her upcoming EP of the same title. Here, Sultana gets straight to the point on this infectious and sensual track, a feel-good song that speaks about women’s experiences from a place of fun and sexual liberation. Look for more about Nia Sultana in an upcoming feature article. Listen and let us know what you think of “Ambiance.”